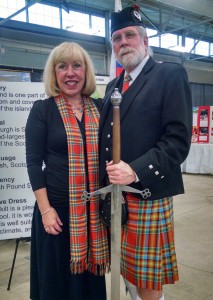 Clan Chattan was a community or confederation of clans whose chiefs were the descendants of the original ancestors. The Battle of North Inch was a contest between Clan MacPherson and Clan Davidson that was decided by the arrival of a Smith.

The Badge of Clan Chattan

For more information on Clan Chattan: